I’m old.  Not inside.  Inside I’m still very young.  But I’m proud to say that I am seventy one. 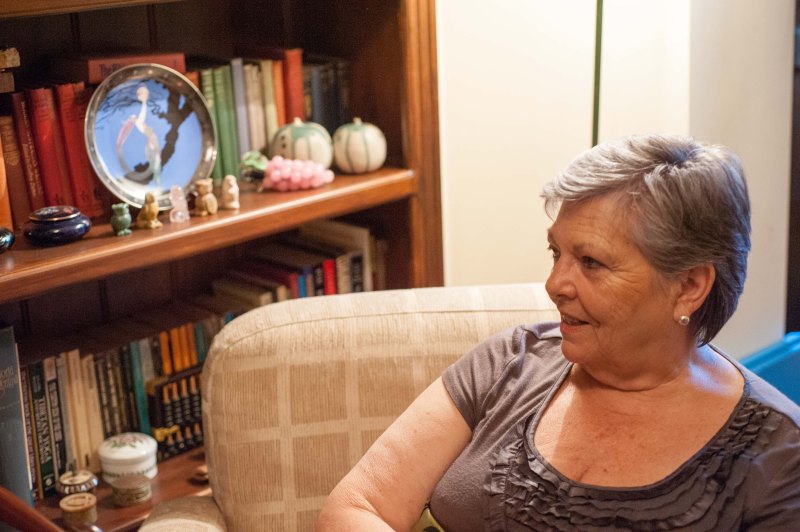 I grew up in Rosario, in Argentina.  When I was eighteen I saw a documentary about Bondi Beach, and I really wanted to come and see it.  When my father died, I asked my sister if she’d come here with me. My mother was against it.  She asked; “Why do you want to go there?  There’s no women there.”  But it was always in the back of my mind to come here.  In the seventies, when Argentina was in turmoil with massive protests, we decided to leave.  We could have gone to the USA or Canada, but I insisted that we come to Australia.  I was twenty-eight by then, and I had a husband and children.

I’ve always been a rebel.  When I was fifteen the priest at school asked me if I play with myself – what a question!  Even though I was brought up in a strong Catholic family, I could not respect the church.  It just wasn’t my cup of tea.  I came across a book about Luther, and I wanted to become a Lutheran, because they didn’t have priests.  My father was furious.

At one stage the nuns told us to write against abortion, and instead of writing against abortion I wrote in favour of abortion. My father had to go to the school, because they were going to kick me out. I used to defy my father, even though he was a tyrant.

In the nineteen sixties, I used to wear my dresses very tight, and I used to go out without underwear.  My mother cried; “What would happen if you had an accident?  The whole city would know you didn’t wear underwear.”

In the seventies I followed women’s liberation, and chucked away my bra and wore pants and jeans and sloppy joes and dressed in a very informal way.  Then in the eighties I went into management, so I got the big shoulder pads.  Now I love being well-dressed. I’ve got a thing for shoes. 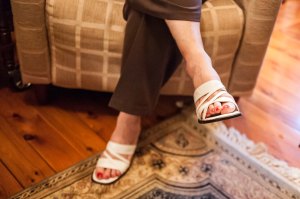 In Argentina I was part of a humanist group called Runa, which means man, but it meant we were for humanity – the language was still very sexist then.  I have always been a leftist, and a very strong feminist.

I always wanted to be an actress.  I used to practice how to smoke in front of the mirror.  When I was eighteen I had the chance to join a theatre group.  My father was going on a trip, and that night I begged him to let me join this theatre group.  Please let me, let me.  For him, a woman working in the theatre was equal to a prostitute.  He got upset, and hit the table, and said; “I will give my life to stop you becoming an actress.”  And that night he had an accident and died.  For years I had the same dream – that I had killed someone, and buried them.  This nightmare continued until I wrote my doctorate, and was exploring significant things in my life, and I realised that of course, I killed my father.  The things people say and they shouldn’t say – no?

When I came to Sydney I worked in a restaurant and got to know all the gay guys.  There was a young woman there who fancied me.  Not long after that I had my first affair with another married woman.  I was married to an Argentinian guy at the time.

I have never hidden my lesbianism.  My sexuality has made me who I am.  It hasn’t been hard.  When I realized that I’d been gay all my life, I was so glad I came to Australia.  There were such expectations for a woman in Argentina at that time.  Not now – they even have gay marriage now. 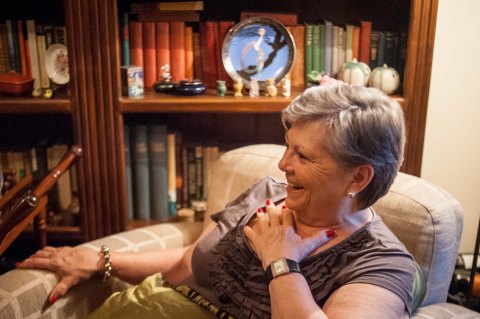 Oh, I feel great about sex, even if it’s in the mind.  People think that old people are not interested in sex.  Of course it’s not the passion that you once had.  I was very sexual, and sometimes very desperate, when I was young.  That goes, but now I know my body better, and now it can be very nice.

I’ve been with Irene for 26 years, which is quite long!  It’s a good relationship because she’s very different to me.  She’s very practical and she grounds me.  We get on well.

I always was active in the LGBTI community and as a feminist.  Years ago I was involved in HIV support.  I did many readings and produced many anthologies with lesbian writers.  I’ve done lots of work with migrant women. 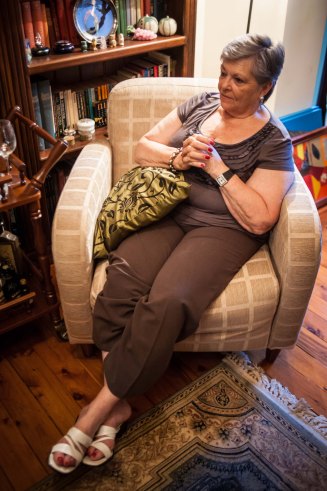 I’ve never been rejected as a lesbian, but I’ve been discriminated against as a woman. I had difficulty buying a house because they would not give a loan to a single mother.  I started one job on the same day as a man, and we were both doing the same job, and I found out he was getting two thousand more dollars than me.  People used to ask me at interviews – who’s going to look after your daughters if you get sick?

When I left my husband I was scared that my children would be taken away.  So I left everything behind.  I took my two daughters, and loaded them and my books in an old car, and I started all over again.

I took being a mother very seriously, though I wasn’t very maternal. I was a young mother – nineteen when my first daughter was born.  My two girls say they brought me up.  My children always came first, and I always made that clear to women I had relationships with, which sometimes meant that things didn’t work out.  My children love Irene.   She has always been very good to them.

My daughters are very successful and independent women.  The other day one of them said; “Growing up with my mother was like being in a Woody Allen movie.  There were always lovers coming and going, and gay guys and drag queens and parties.” I’ve done many jobs to support myself and my children.  I’ve dubbed films, translated books and articles, worked on the census, cleaned houses, and then mostly worked as a counselor. I always worked several jobs, and studied at night, but I always had dinner with my daughters every day when they were growing up.  I would study until very late at night, and in the morning they would come into my room and say; “Mum, get up, don’t forget to go to work.” I have two grandchildren now, and I am very proud of them too.

I was a teacher in Argentina.  But when I came here they told me that my qualification was no good.  So I decided to study for something else.  I saw in the paper a welfare course to study at TAFE, which included some psychology.  I went there and they said to me; “You’re an ethnic, you’d better do the Certificate, not the Diploma.”  But I shouldn’t complain, because it taught me how people study in Australia, and I learned a lot about the welfare system, and it got me a job in the Department of Immigration.  Then I realized there were no Spanish-speaking psychologists, so I did a BA in Psychology and eventually got a Masters in Counseling.   I also have a Grad Dip in Communications and a Masters in English and a Doctorate in Creative Writing. I am very proud of my quals.

Now I am a Buddhist, and I adhere to the ethical principles of Buddhism.  I don’t want to follow a punitive God or a church that’s not about forgiving.  Feminism fits well with Buddhism.

I teach Buddhism in a local public school.  I once asked the children; “Why do you think old age is a problem?” and one little boy said; “I think all old people should be killed.” ‘Why do you say that?”  “Because they give problems to the parents.” And then another one said; “They all dress ugly and they have bad clothes.” And one little girl said; ”But no, look at her, she’s old but she always coordinates her clothes.”  I love talking with them.

The mind never ages.  It’s just the body.  In my mind I can do anything.

I’m just about to go trekking in Kathmandu, but I don’t know how the body will respond.  I’ll drag myself along if I have to.  I usually take good care of myself.  I do yoga and go to the gym.  I try not to get upset about anything.  I live for the here and now.  I try not to dwell on the past, and neither do I think a great deal about the future. I enjoy every second of my life.

It’s important to follow intellectual and creative pursuits.  I review theatre and films for an e-newspaper, in Spanish.  I spent so much time writing in English, that this is quite taxing.  My brain is used to switching from English to Spanish, no problem.  But I don’t know some words in Spanish, particularly technical words, for example, if I’m writing about ballet.  I describe myself as a writer, and I have written and edited and published a great deal.  I’ve just published an anthology of Spanish women’s writing.  I read a lot.  Books are so important to me. I try to help people with their problems.  I still work part-time as a psychologist.  I paint, take photographs and I make collages.  These activities exercise my brain, and give me so much pleasure.

Time is passing quickly.  I do worry about Alzheimer’s.  I would kill myself if I knew I had it.  I don’t want to be a burden to anyone.  Losing your mind – the most precious thing.  So sad.  Perhaps we live to be too old?

I grow happier as I grow older.  My life is very fulfilling.  I am very lucky because I don’t have to struggle with anything now.  I just enjoy life.