Being seen as an older woman is another new challenge.  I notice a general disdain for older people, and I’m becoming very attuned to ageism – it’s everywhere.  Older women are invisible, it seems.  Or “cute”.  Either way, we’re not perceived as having any power or status.  So, we’ll have to take it, grab it with both hands and shake it.

It was a traumatic time for me – I didn’t know a single other lesbian, I didn’t know that loving and choosing women had a history and a culture. I thought I was a freak.  How could I live in this world?

I’ve been a lesbian all my adult life, and for much of my teenage years too.  I had my first sexual relationship with a girl in 1971, when I was 16. Without giving too much away – I was actually trying to stop her practicing her Irish dancing in a tent!  It was a traumatic time for me – I didn’t know a single other lesbian, I didn’t know that loving and choosing women had a history and a culture. I thought I was a freak.  How could I live in this world?  But I’ve always been a fighter (got that from my Mum and a tough working class background) and despite a period of self-destructive stuff, I came out when I was 19, and never stopped coming out since.  I’ve had loads of rotten experiences because I’m a lesbian (being refused a job, threatened with violence, told I’m not fit to be a mother) but I’d much rather think about all the up sides – sharing my life with so many extraordinary women, going through such electrifying times of change, having children and watching them grow into adults who are committed to equality and prepared to work for it…and having heaps of fun along the way.

I’ve been a vegetarian for my whole adult life too.  For me it’s an integral part of my sexuality and my feminism.  The connection between violence against women and the suffering of animals, between meat-eating and masculine virility, the environmental impact of meat production, the insatiable western need for meat at the cost of food insecurity in the developing world, and the fact that I am a very healthy person after 30+ years of not eating meat is enough to keep me committed to vegetarianism.  And, believe it or not, I’ve had as many confrontations about being vegetarian as I have about being a lesbian.

At university I joined the women’s group (who, by the way, had to have a vote to decide whether I was allowed to join, being a scary lesbian and all). We disrupted the rugby club stripper nights and performed street theatre in support of free abortion on demand.  I worked in a hostel for homeless women in Soho, London.  I was part of a group of librarians in the early eighties who lobbied for more inclusive books for school libraries and developed queer bibliographies for public libraries.

The early eighties was a time when anything and everything seemed possible.  The housing cooperative movement, community radio, the feminist poster collective, campaigning about access to abortion, for peace and against nuclear energy and the British presence in Ireland.  We incessantly debated what it was to be a lesbian, a feminist.  We critiqued marriage and the sexual division of labour, and plenty of other things.  Racism, colonialism, psychiatry, pornography, housework, eating meat, political affiliation.  Feminism was the lens for everything.

I had one very long, very beautiful relationship of 28 years.  That partner gave me the stability to grow up, and I gave her the freedom to take risks, which in our case equalled having 3 children together (amongst other things!).  Our son was born in 1980, then a daughter in 1983 and another daughter in 1987.  I think it’s difficult for young lesbians to understand what a wild ride that was. 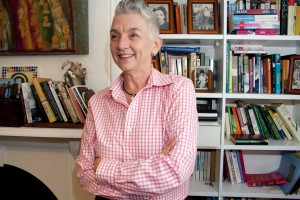 My current partner of 7 years surprises and delights me with her mischief, her ferocious independence, her ability to love, and her huge brain. Just make sure she is on your team at any trivia night.

I came to Sydney in January 1988, four days before the celebrations to mark two hundred years of white Australia.  I had no idea what was going on.  I remember hearing Judy Small singing; “Forty thousand years is not a bicentenary”.  Then I began my long project to understand Australian feminism, history and politics.

I joined a women’s writing collective, Bluetongues, and wrote and published and performed with a bunch of such talented lesbian scribblers.  I organised events for lesbian mothers.  We were rare as hen’s teeth back then. I coached women’s soccer for ten years.  Over the last few years I’ve mentored several young women skilled migrants.  I always march on International Women’s Day.  Go to Mardi Gras.  Support international development agencies where they support women.  I’d like to lend my hand to get justice for Indigenous women.

For the last few years I’ve worn men’s clothes.  I wear suits and shirts and cufflinks and brogues to work, and sometimes pearls.  A few months ago I was in a shop buying a pair of jeans, and the young woman serving me, just out of the blue, said; “You’d look really good with rockabilly hair.”  Be careful what you wish for.  Lovely how these serendipitous moments change us.

The picture in the photograph below is by Sydney artist Patricia Chingwile.  A precious friend lent me one of her pictures for a couple of years while she was in transit, but then reclaimed it when she finally got a house of her own.  I was devastated.  I adored that picture.  So I tracked down Patricia, went to her studio, and chose this painting.  For my visitors, it makes a statement.

The most important thing I’ve done in my life is have children.  It’s tested my character and my strength, and it has been exceptionally rewarding.  Each of my children is different in their own way.  None of them run with the pack.  They have grown into adults with values that I admire immensely.  They are all extremely hardworking, and they share their successes.  I could never have guessed how much pleasure and happiness they would give me – they have returned my love over and over.  I am so lucky to have them in my life. 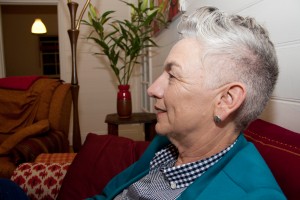 Being seen as an older woman is another new challenge.  I notice a general disdain for older people, and I’m becoming very attuned to ageism – it’s everywhere.  Older women are invisible, it seems.  Or “cute”.  Either way, we’re not perceived as having any power or status.  So, we’ll have to take it, grab it with both hands and shake it.

And I do that by being myself, more and more.  Of course I try to stay fit, exercise and eat well.  If truth be told, a little sprinkling of vanity helps me along.  I also get a wry enjoyment from bucking the stereotype.

When I’m 60 I’m going to wave the public service goodbye, and set off on my next adventure.   Not retire – I’ll never do that – but rejuvenate myself.  I intend to work, in the broadest sense of the word, until the day I check out. 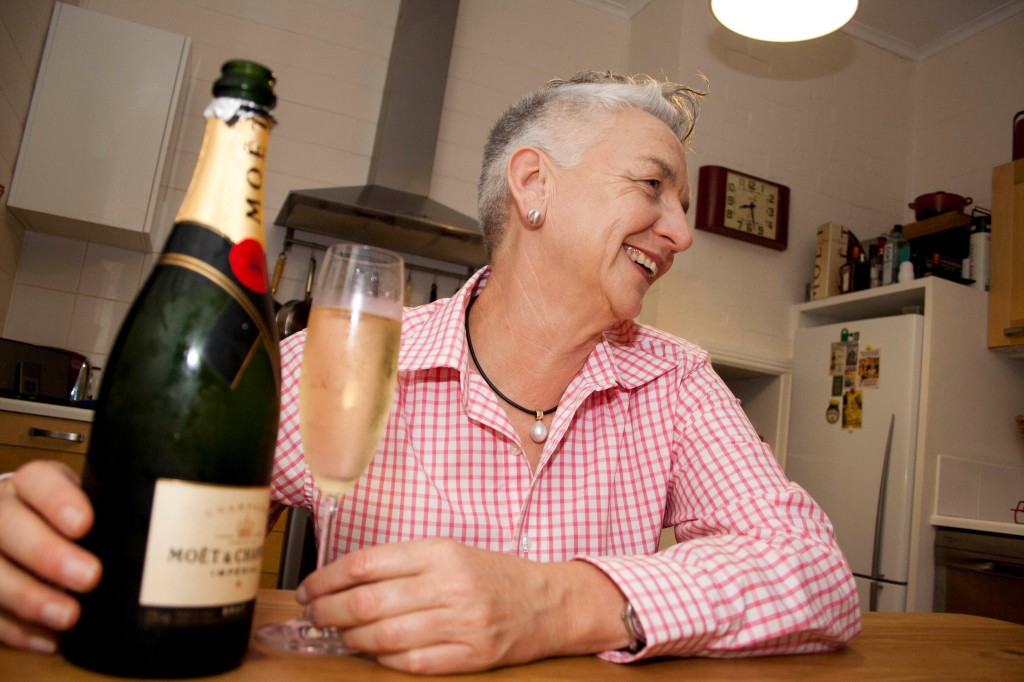